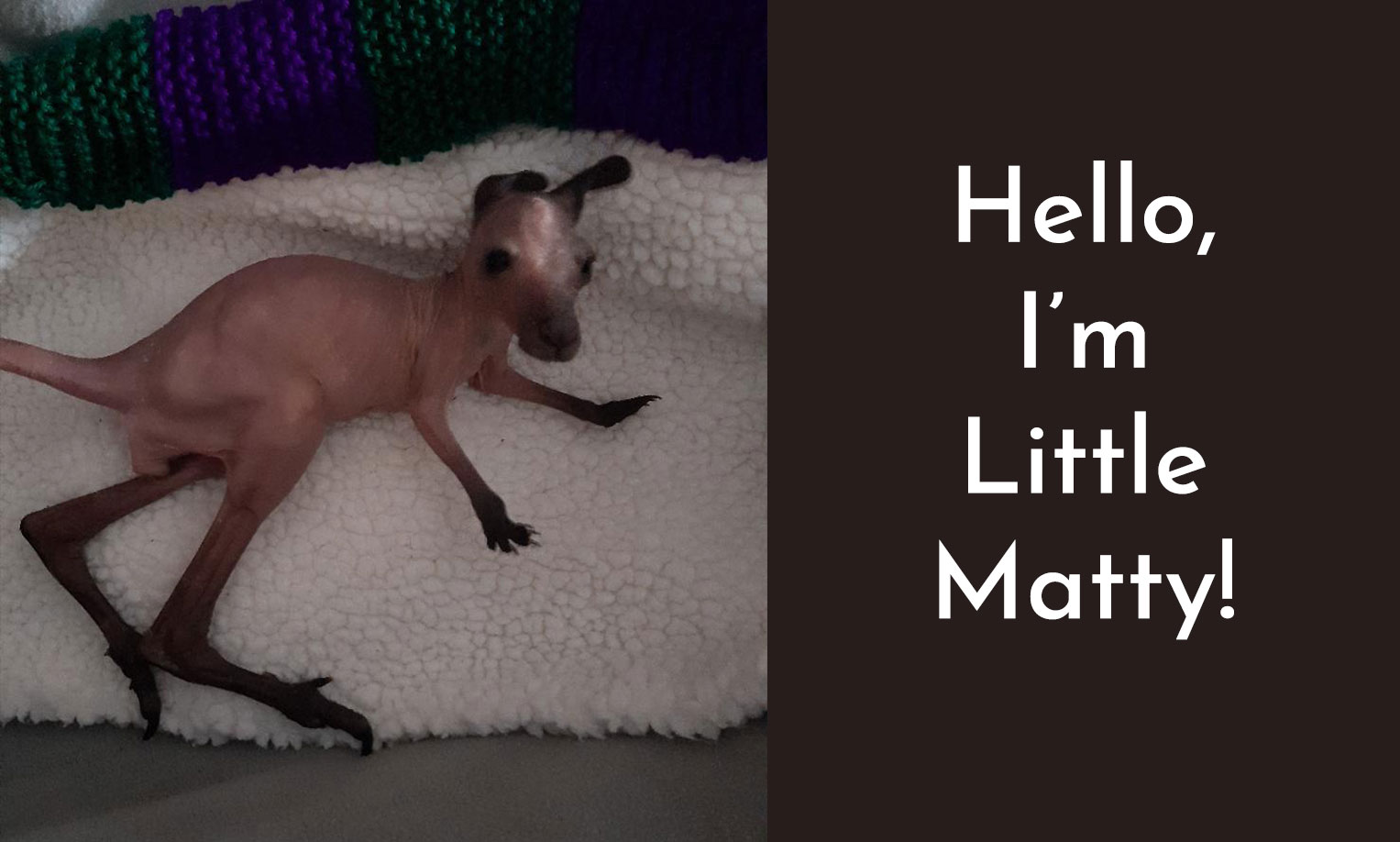 He is a Western Grey joey that came into care 11 weeks ago weighing just 300g.

His chances of survival were slim as he was so small, but he beat the odds and is now a healthy 710 g and is doing really well.

Matty was named after the ranger who bought him into care.

He will remain in care until he weighs about 10kg and is able to fend for himself.

He will then be introduced and eventually released into his natural environment to live his life as a strong and healthy male kangaroo.

You too can help, find out how.